An Incredible Journey of Most Storied Anakin Skywalker Lightsaber

Star Wars is a global phenomenon, and it is safe to say that this well-known work of fiction had a significant impact on the lives of millions of people. It’s a fantastical adventure that appeals to both young and old audiences. Year after year, this franchise continues to be screened in theaters, and its popularity appears to be growing.

Star Wars is such a popular theme that there are literally thousands of T-shirts, hats, posters, and other items with the theme on them. There are also a number of films based on this theme. Some become box office sensations, while others become cultural icons. Star Wars’ success can be attributed in large part to the original Star Wars characters. The original Star Wars trilogy was created by George Lucas with the idea that a good character requires a good story to go with it.

The Most Storied Lightsaber

The main characters have a huge fan base, with millions of people enjoying the space adventure genre. And there are hordes of fans who are watching the movies and sharing their thoughts on Star Wars. The success of the films has resulted in countless numbers of merchandise, as well as theme parks based on the Star Wars universe. The original Star Wars films have always had a large fan base. Even before the first film was released, the stories and characters had gained enormous popularity.

George Lucas was able to create a masterpiece by incorporating new technologies and novel ideas. His daring and innovative approach has contributed to Star Wars becoming a household name. Traditional Star Wars characters like Yoda and Luke Skywalker are also very popular.

This May Appeal Your Interest: 10 Most Powerful Lightsabers Used By Jedi

Children appear to be particularly fond of the original Star Wars trilogy characters, and they are frequently seen watching these films during their childhood. Yoda is a personal favorite because he is so timeless and wise.

The success of the Star Wars franchise has inspired many other similar and successful movies and spin-offs. The Jedi Knights films later developed from the original trilogy and introduced the concept of good versus evil in the Star Wars universe. There have also been spin-off films, some of which have become extremely popular among both children and adults. Others have only had success in the international film industry.

When it comes to Star Wars characters, the prequels have a huge fan base among fans who want to see the original trilogy’s battles recreated on the big screen. These movies depict the adventures of a group of special forces as they battle the Galactic Empire. Yoda and Luke Skywalker are the two most popular characters in the prequels.

The prequels also followed the storyline of the original films and were released well ahead of the classic ones. Because of the success of these films, the originals were adapted into television series. Which went on to become huge hits.

Anakin Skywalker is one of the most well-known and beloved characters from the Star Wars franchise. He is a Jedi knight with a small stature but a powerful presence. Anakin is just a boy in the middle of a group of other children in the original trilogy. However, he is given a more heroic role in all subsequent films. And has formed a close friendship with Obi-Wan.

Anakin Skywalker, the Star Wars series’ dark knight, is a fictional character who first appeared in the original Star Wars film. Anakin Skywalker was created as an action hero and member of the Rebel Alliance. He is known for his strong martial arts ability and his lightsaber. George Lucas made good use of Anakin’s talent to give him a very appealing appearance that has people returning to buy Star Wars collectibles based on the original film.

The most notable aspect of this film that all Star Wars fans are discussing today is the introduction of two concepts. Who changed the face of movie memorabilia forever – Anakin Skywalker lightsaber. He was introduced in the first Star Wars movie and his mysterious past was gradually revealed to the audience in the following films.

With the success of the original Star Wars movies, there have been various spin-offs and other movies, including Revenge of the Sith. The latest movie in the Star Wars saga has proven to be a huge box office hit. Fans of this franchise are eagerly waiting for its sequel.

The first Star Wars films are fantastic. They introduce us to amazing characters like Anakin and Vader and tell stories about a fascinating world created by science fiction

Anakin Skywalker’s lightsaber is blue in color and has a slightly curved bottom, similar to the shape of the Skywalker family crest. This lightsaber is an extremely powerful weapon. It has many strong edges that make it difficult to deflect and is able to slice through many lightsabers. It is one of the many unique lightsabers that can be found throughout the Star Wars galaxy. It can be compared to the sabers of Yoda during the films which is often confused with Yoda’s chain of lights.

Anakin Skywalker’s blade, on the other hand, could bend much more easily and had a flat edge that protected it from enemy blaster fire. Because of the powerful ion crystals that surround the blade, Anakin Skywalker’s lightsaber blade is extremely durable.

The saber is almost two feet long and weighs about a pound and a half. Ahsoka Tano, Anakin Skywalker’s Padawan student, wields a purple saber. Which is nearly identical to Anakin’s blue one in design.

Although Anakin is not seen using a lightsaber in any of the Star Wars films, it can still have a significant impact on fans of the franchise. Fans of Star Wars: The Phantom Menace believes it is a part of Anakin’s past and the core of his being.

They claim that using a lightsaber gives Anakin a sense of inner peace and gives him the ability to withstand almost any challenge thrown at him. He was also able to defeat his opponents through sheer willpower. And it’s because of this that he’s such a formidable foe in the movies.

There are numerous sabers produced for the Star Wars films, but none compare to the blue lightsaber. This saber is well-known for its elegant design and wide range of sizes. The saber is a useful item that will never go out of style. Saber fans will be able to pass on their affection for this classic piece of Hollywood memorabilia to future generations.

Children love the idea of swinging around a futuristic lightsaber. They also enjoy the fact that the lightsaber they’re holding feels good in their hands. They also like getting to keep the lightsaber, which goes beyond just being another toy.

With all of the effort that children put into growing up, it’s important for them to have something to help them along the way, no matter how small the task may seem. These lightsabers of their favorite characters provide families with the extra energy they require to help their children learn about and enjoy it. Even if your children are only interested in the toy, they will most likely have a much better experience playing with it than simply watching it. 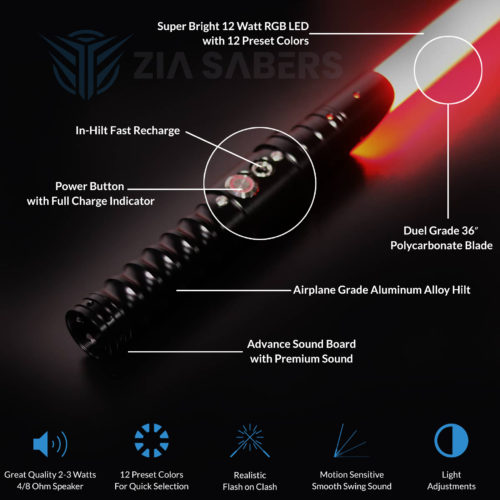 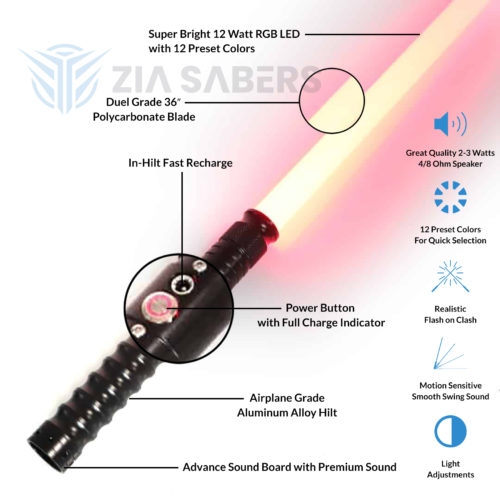 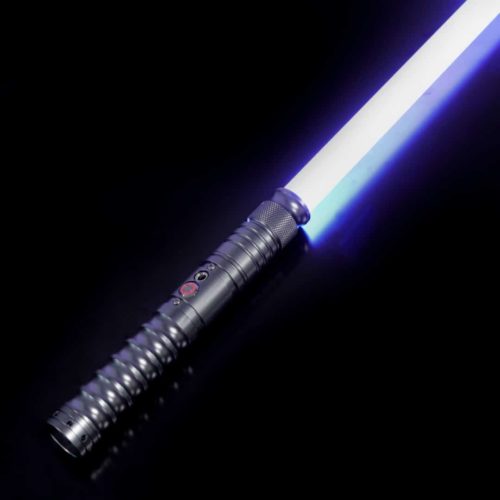