Darth Starkiller was one of the most powerful Force-user we watched in Star Wars. The story is canon or not, but in the Video game, we saw him be the only person after Obi-Wan to defeat Darth Vader in a duel. So, who was he, and what is so special about Darth Starkiller lightsaber?

The Galactic Republic has fallen, and no one is left to challenge the Empire. Darth Vader is wiping out the remaining Jedis one after another. He came to Kashyyk planet to deal with the Wookies who refused to surrender, but apparently, he had his own mission. There he finds this Force-sensitive kid.

On Kashyyk, Darth Vader felt the presence of a Jedi named Kento Marek. He fought against Kento in a lightsaber duel and easily defeated him. Right before he was about to kill him, he felt a strong presence in the room. He saw a kid who used Force to snatch Darth Vader’s red lightsaber from his hand. This Force-sensitive kid was Galen Marek, the son of Kento Marek. 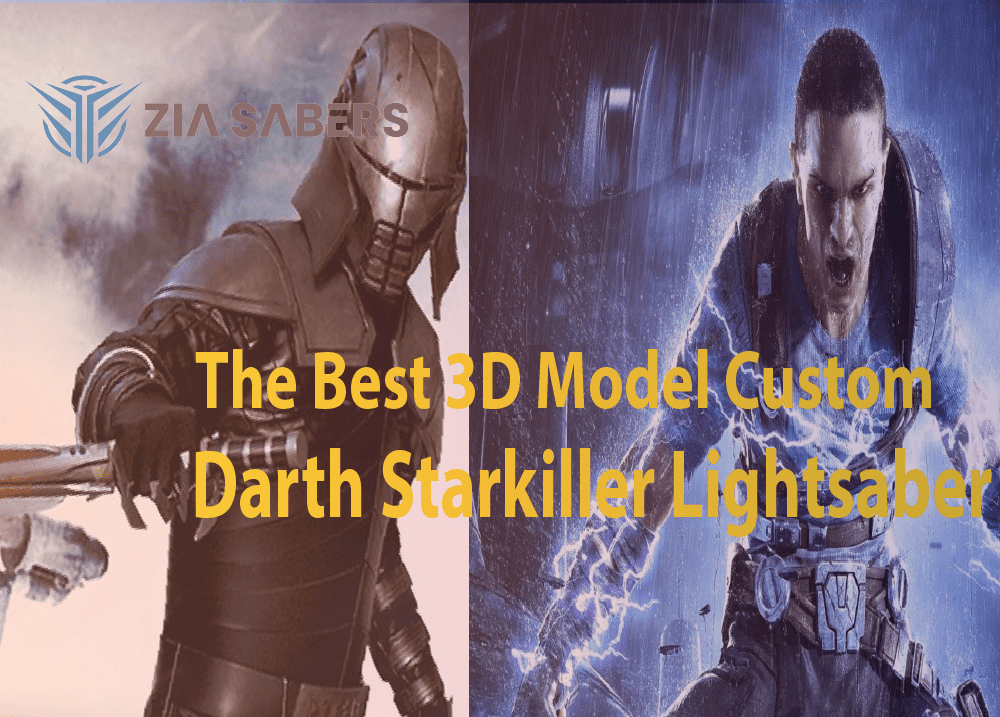 As seen in “Star Wars: The Force Unleashed.” Part 1. Vader was impressed with this kid. He took him as an apprentice and trained him secretly from the Emperor. He told Galen to be strong enough and become a powerful Sith, so both could defeat the Emperor together and rule the galaxy. In reality, Darth Vader was plotting something else, but Galen did as asked.

After some successful missions, he was titled Darth Starkiller, and Vader gave him the red crystal to craft his lightsaber. With this lightsaber, he even managed to defeat a Jedi Master, Shaak Ti. “The Sith have always betrayed each other,” Shaak Ti said before dying, and Starkiller somehow remembered the words.

What Shaak Ti said turned out to be the truth. Not long after, Darth Vader threw Starkiller into the space left to die on Emperor’s orders. His red lightsaber was lost into the depths of space.

However, Darth Vader saved him from dying and still made him believe in staying loyal to Vader. But Starkiller’s heart had changed. He continued to work on Vader’s assigned missions, but he was turning to the light side of the Force. He made many friends from the rising Resistance during the missions. 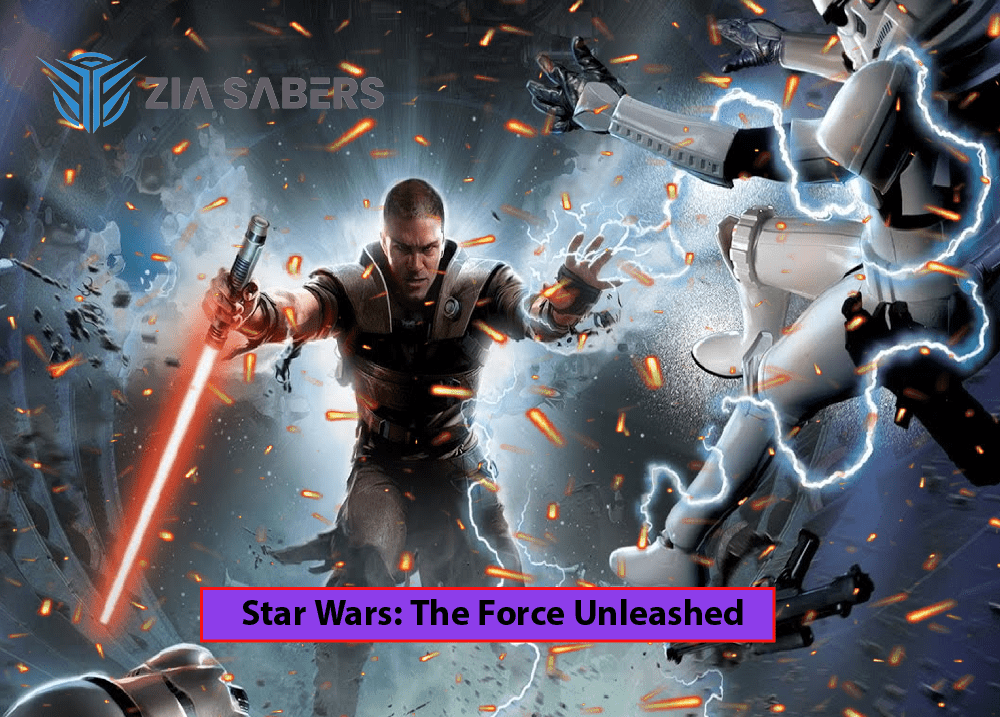 Long story short, he became sincere with the Resistance’s cause. He and his resistance allies were at a rendezvous when Vader tracked him, betrayed him again, and captured the Resistance.

In a Non-canon story, he faced off with his master Darth Vader and killed him but failed against Emperor and died in the duel but managed to save the Resistance. He used the blue lightsaber of Kota, a Jedi he defeated earlier.

In “Star Wars: Force Unleashed.” Part 2. Darth Vader resurrected Starkiller as a clone and gave him two blue lightsabers. In this part, you will learn the rest of the story of Starkiller as a Jedi and how he broke free from Darth Vader’s influence and finally left him. 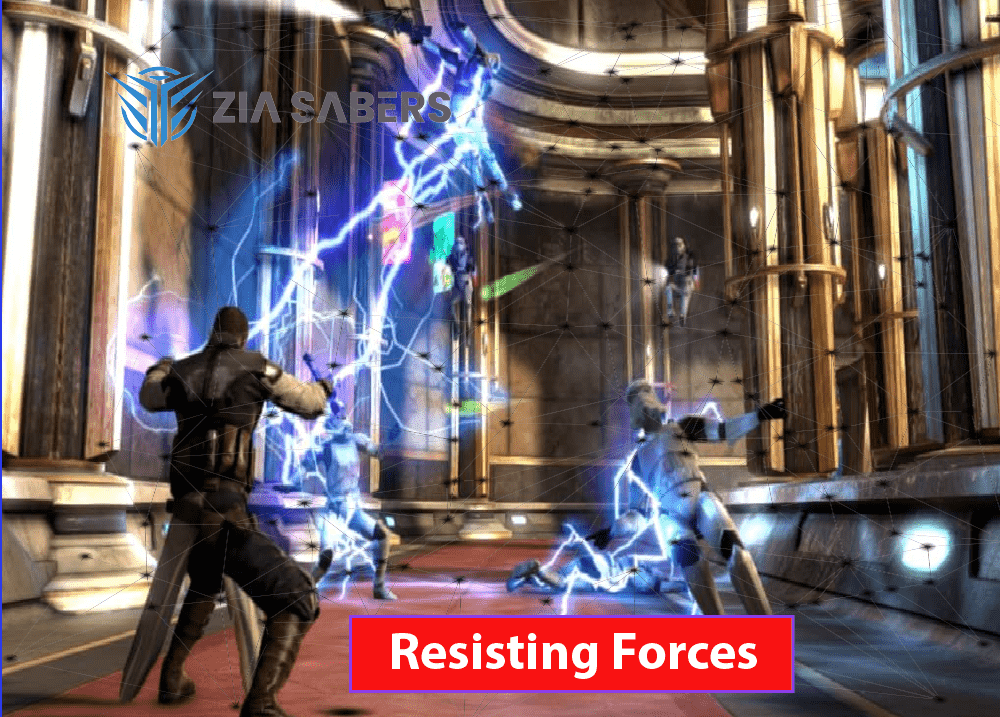 He used Form VII combat style, a Sith’s traditional and powerful lightsabers combats. He was skilled in Shien style (a reverse grip style.) He used the same combat form with the blue lightsaber he wielded later.

In Force Unleashed 2nd part, he used two blue lightsabers. In this part, he uses Shien fighting style, a reverse grip style just like before, but this time with two lightsabers with Form VI of the lightsaber fighting technique. He also used Jar’Kai, A double-bladed combat style invented by the Sith.

Darth Starkiller’s lightsabers and his fighting style were art on their own. Since he traveled to unknowns at the end, we might hopefully get to watch more of him in the future. So, let’s hope for the best. 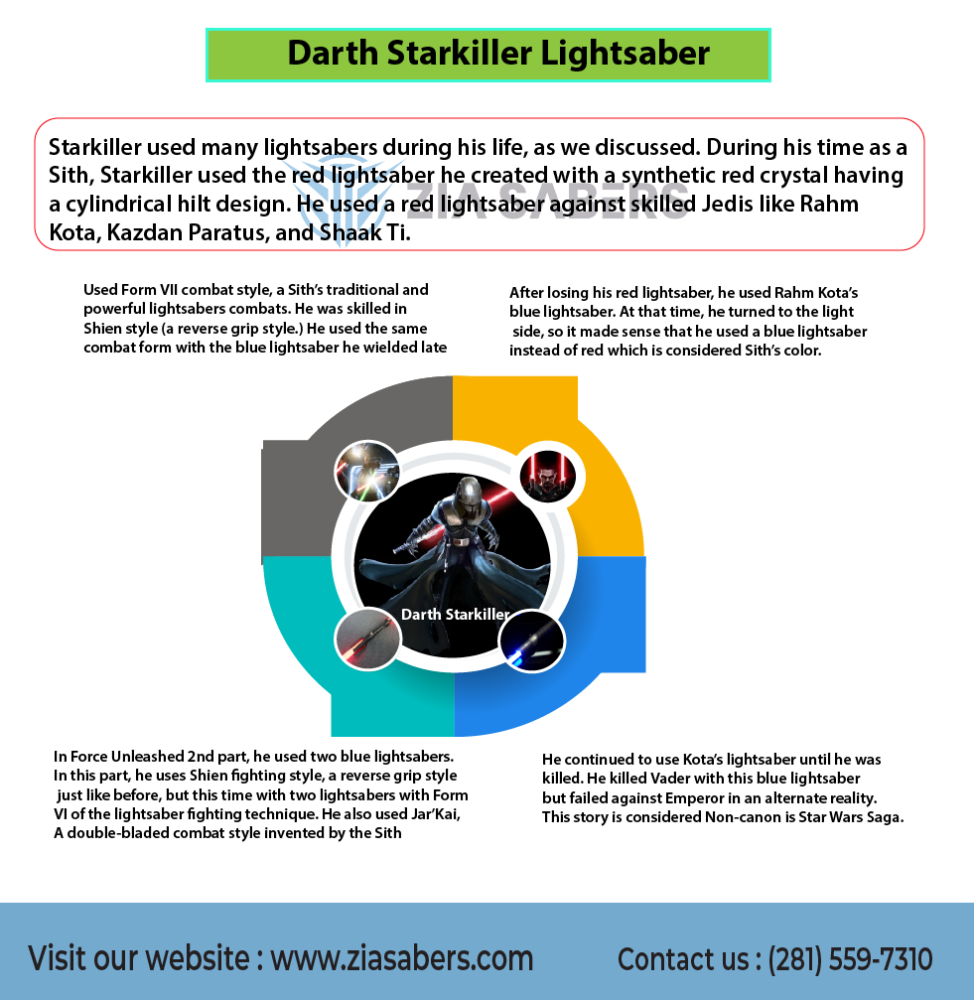